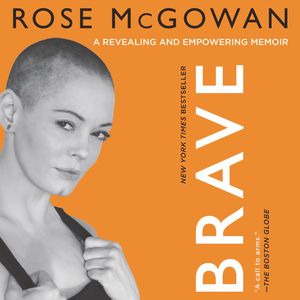 "My life, as you will read, has taken me from one cult to another. BRAVE is the story of how I fought my way out of these cults and reclaimed my life. I want to help you do the same." -Rose McGowan

A revealing memoir and empowering manifesto – A voice for generations

BRAVE is her raw, honest, and poignant memoir/manifesto—a no-holds-barred, pull-no-punches account of the rise of a millennial icon, fearless activist, and unstoppable force for change who is determined to expose the truth about the entertainment industry, dismantle the concept of fame, shine a light on a multibillion-dollar business built on systemic misogyny, and empower people everywhere to wake up and be BRAVE.