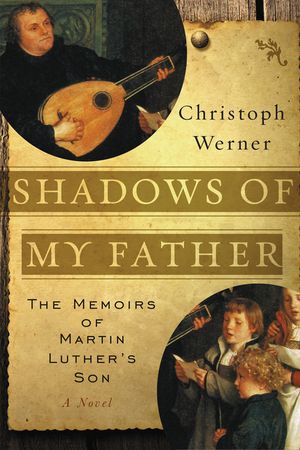 Shadows of My Father

In celebration of the 500th anniversary of the Reformation, an enthralling and original novel that brings to life one of Christianity's most significant figures, Martin Luther, and the tumultuous world of late medieval Germany that shaped—and was reshaped by—him, told through the fictional letters and diary entries of his youngest son, Paul.

Growing up in the shadow of his strict and pious father, Paul Luther rejected Martin’s singular devotion. Unwilling to join his father's fanatical disciples, Paul became critical of his famous father's critiques, and instead turned his interest and intellect to science and medicine. Yet Martin Luther remained a presence that haunted Paul’s life and transformed his world.

Shadows of My Father paints a vivid and atmospheric picture of Martin Luther, including his day-to-day life, his break with the Catholic Church, and his singular dedication in sustaining the Reformation. It is also a portrait of a rebellious son raised in a harsh religious household who turns his faith to saving lives instead of souls, eventually becoming a royal doctor.

Christoph Werner vividly recreates the world of sixteenth-century Germany, a time of wars and famines when a Kaiser battles to keep an empire together, and faith and tradition clash with education and reason—giving birth to superstition and shaking the foundations of a Catholic Church already riven by internal conflict. A thoughtful, insightful lens into one of the most famous figures, one of the most profound historical events, and one of the most turbulent periods in our past, Shadows of My Father reveals an intriguing, historically accurate, and all-too-human side of Martin Luther and his lasting legacy.