Our President and Publisher

JUDITH CURR is President and Publisher of HarperOne, Amistad, and HarperCollins Español at HarperCollins Publishers, focused on expanding the HarperOne editorial scope. Curr is building a fiction imprint sourced locally, globally, and internationally, while expanding the non-fiction properties, centering global appeals for the English and foreign language publishing programs. She is also growing the Amistad and Rayo imprints to build a wider list of diverse writers and stories within this editorial purview.

Prior to joining HarperCollins, Curr founded Atria Books in 2002, and was named President and Publisher of Atria Publishing Group in 2012, with responsibility for all its editorial, publishing, and marketing activities. 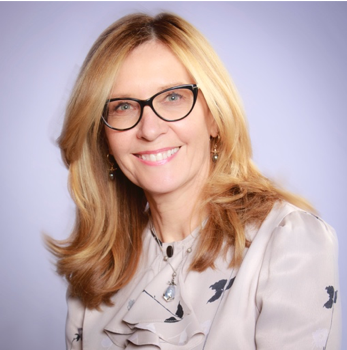 LAINA ADLER has been with HarperCollins for nearly 20 years. She helped guide Charlie Mackesy’s The Boy, the Mole, the Fox and the Horse to nearly 150 weeks on the New York Times bestseller list, and Viola Davis’s Finding Me to #1 on the New York Times bestseller list. She was instrumental in the global rollout of The Greatest Secret, which was an international bestseller. Over the years, Laina has contributed to various mainstay properties, including The Alchemist by Paulo Coelho, which has spent over 650 weeks on the USA Today bestseller list, multiple products from The Wild Unknown, and Unfu*k Yourself, which has had a long run in the top 100 audio bestsellers. Laina is involved in acquisitions for platform-based titles and leads the HarperOne marketing and publicity team. 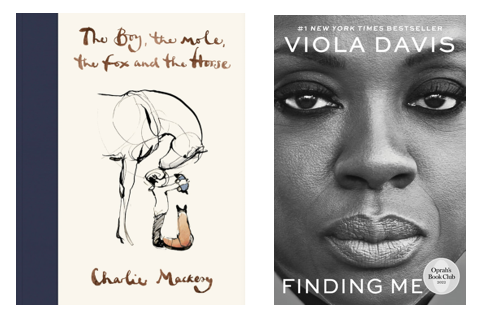 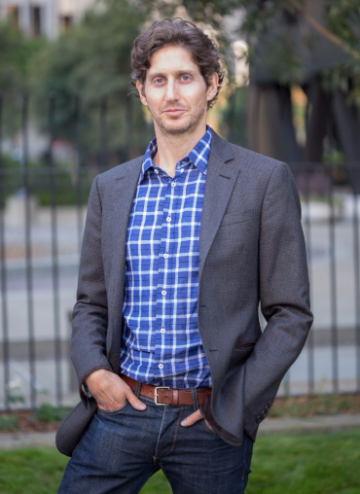 GIDEON WEIL is a Vice President, Editorial Director, and General Manager. He has edited over thirty New York Times bestsellers from the world’s most influential voices of wisdom, learning, and change. He has worked with legendary figures in spirituality and personal growth, including Thich Nhat Hanh, Deepak Chopra, Paulo Coelho, Byron Katie, and Ram Dass. He has also helped develop many of the leading books and brands in the health industry, including Dr. Joel Fuhrman, Dr. Alejandro Junger, Dr. Izabella Wentz, Dr. Amy Myers, Dr. Sara Gottfried, and Dr. Aviva Romm. Gideon brings a rich knowledge of these categories and a dynamic approach to partnering with pioneers in their respective fields.

TITLES INCLUDE:
The Alchemist
by Paulo Coelho

The Art of Power, The Art of Communicating, and Fear
by Thich Nhat Hanh

Search Inside Yourself by Chade-Meng Tan 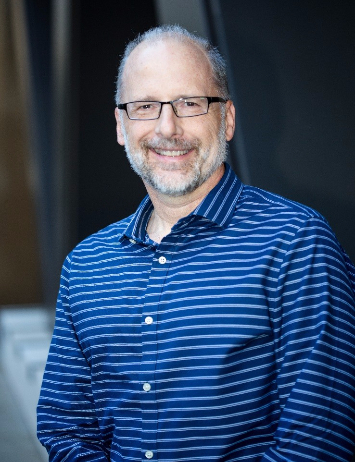 MICHAEL (MICKEY) MAUDLIN works with the best and the most provocative religious authors on the market today, those who refresh, renew, deepen, overturn, and redefine the religious status quo. From religious scholarship to Bibles, from Christian and alternative spirituality to near-death experiences, Mickey focuses on the topics that are at the intersection of faith and culture. He has spent over thirty years in religious publishing, including work at Christianity Today and InterVarsity Press. 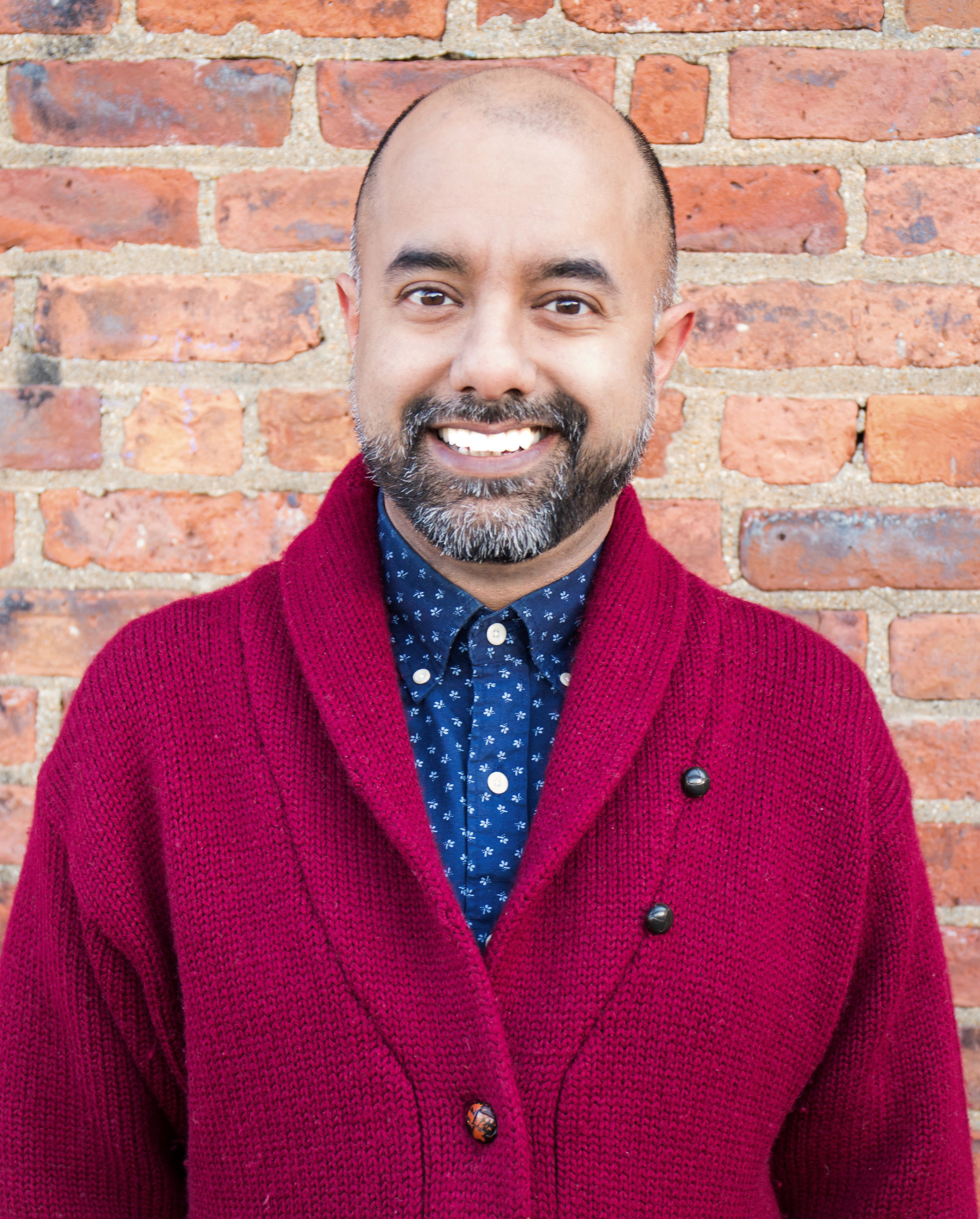 RAKESH SATYAL is an Executive Editor who specializes in serious narrative nonfiction, as well as literary fiction and fiction in translation. He acquires across all the HarperOne lists -- HarperOne, Amistad, HarperVia, and HarperCollins Español. He held previous editorial positions at Atria/Simon & Schuster, Harper/HarperCollins, and Doubleday/Random House. He has acquired and edited many New York Times bestsellers, including Let Love Have the Last Word by Common, Resistance by Tori Amos, I Have Something to Tell You by Chasten Buttigieg, the Children of Eden series by Joey Graceffa, I Can't Date Jesus by Michael Arceneaux, Holding by Graham Norton, and Furious Love by Sam Kashner and Nancy Schoenberger. Other authors with whom he has worked include Michael Ausiello, Guy Branum, Terry Castle, Paolo Cognetti, Marcia Gay Harden, Daniel Lavery, Armistead Maupin, Janet Mock, and Jake Shears.
An award-winning novelist, Rakesh has taught in the publishing program at New York University and currently serves as Vice President of the board of Lambda Literary, the world's leading LGBTQ+ literary organization. He is based in New York. 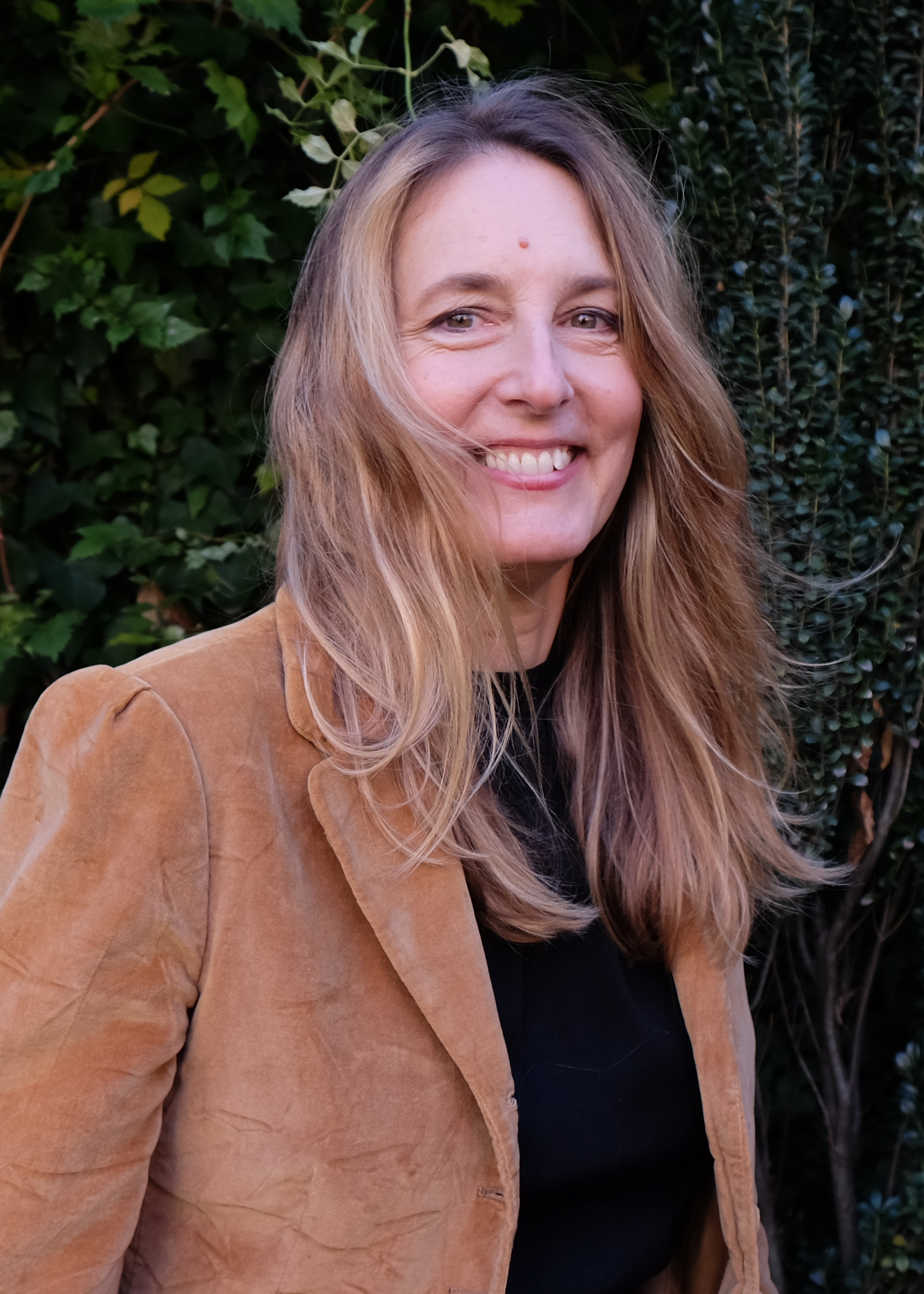 ELIZABETH (BIZ) MITCHELL is an Executive Editor at HarperOne, editing narrative nonfiction, memoir, essays, investigative projects, and cultural and political histories. She loves collaborating with writers to bring out their greatest work and adds deep experience from prior positions as executive editor of John Kennedy, Jr.’s George magazine, features editor at SPIN, and freelance book editing across many genres. She served as executive editor on such titles as the NYT bestseller The Right Words at the Right Time by Marlo Thomas and the acclaimed The Upcycle: Beyond Sustainability—Designing for Abundance by William McDonough and Michael Braungart, foreword by Bill Clinton.

She is the author of four nonfiction books: Lincoln's Lie: A True Civil War Caper Through Fake News, Wall Street and the White House; Liberty’s Torch: The Great Adventure to Build the Statue of Liberty; Three Strides Before the Wire: The Dark and Beautiful World of Horse Racing; and W: Revenge of the Bush Dynasty. In addition to her freelance journalism, she was a senior long-form writer for the New York Daily News, covering, among other topics, the arts, politics, and sports.

KATHRYN (KATY) HAMILTON is a Senior Editor. She has been with HarperOne for ten years, working closely with the imprint’s bestselling religion/spirituality and self-help/personal development authors. Her passion is working with authors who are engaging with faith and culture in fresh and vibrant ways. She acquires in the categories of religion and spirituality for the general market, and self-help/personal development projects that celebrate and encourage personal transformation. 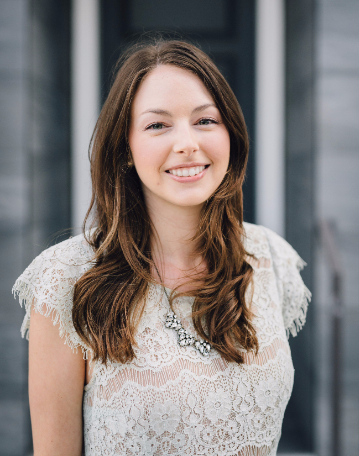 The Success Commandments
by DeVon Franklin

Unfu*k Yourself
by Gary John Bishop

The Call of the Wild and Free
by Ainsley Arment

ANNA PAUSTENBACH is an Editor working closely with some of HarperOne’s beloved self-help and spirituality authors. She acquires nonfiction in the areas of self-help, progressive spirituality, personal success, and research-backed books on better living. Overall, she gets excited about fresh voices with their own spin on old wisdom. 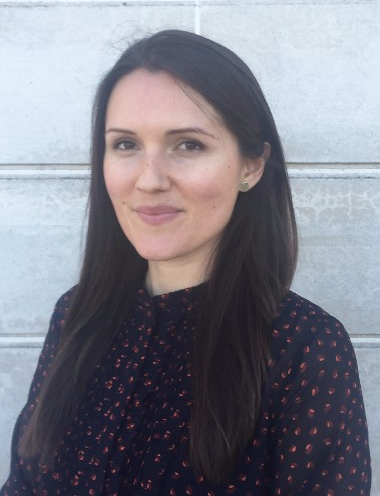 The Boy, the Mole, the Fox and the Horse
by Charlie Mackesy

You Were Born for This
by Chani Nicholas

The Power of Ritual
by Casper ter Kuile 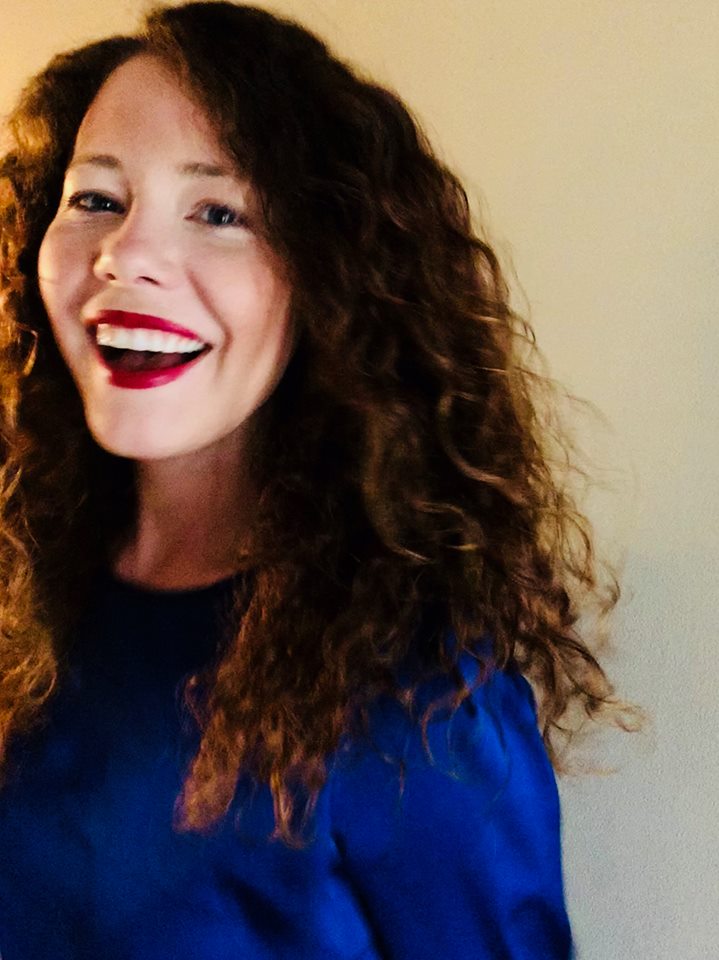 SYDNEY ROGERS acquires in the categories of literary and celebrity memoir, narrative nonfiction, self-help, cooking, and wellness. Her books and authors have received outstanding reviews in the New York Times Book Review, earned starred reviews from trade magazines like PW, Kirkus, and Booklist, been featured on TODAY!, Fox & Friends, and Good Morning America, and been named New York Times, Wall Street Journal, and USA Today bestsellers. You can find Sydney camping, walking her dog, and never posting on social media. Before joining HarperOne, Sydney was an Assistant Editor at Sourcebooks, an independent publisher in Chicago.

Finding Me
by Viola Davis

The Story of Your Dog
by Brandon McMillan

You Belong
by Sebene Selassie

The Plant-Based Athlete
by Matt Frazier and Robert Cheeke 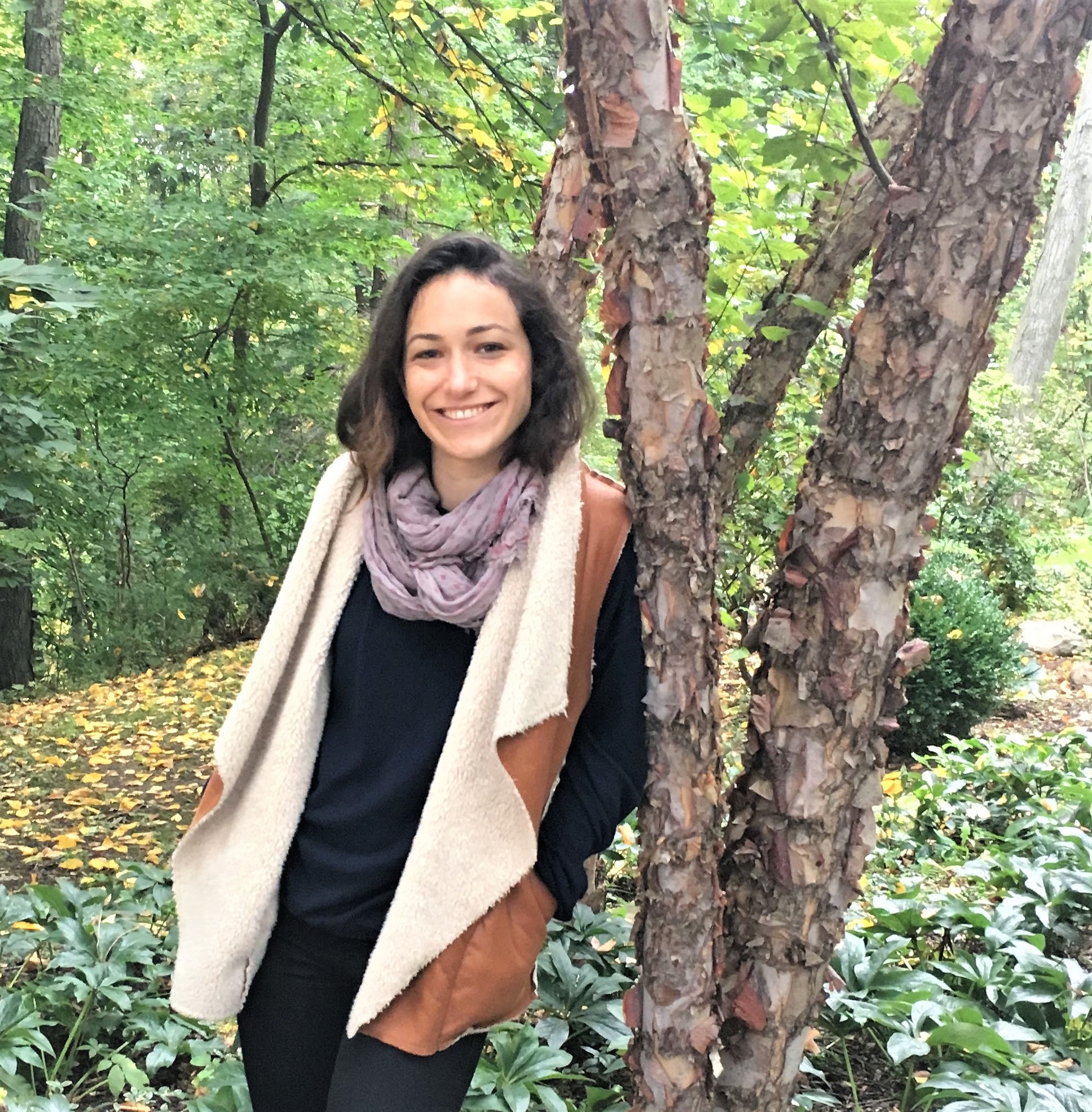 DANIELLA WEXLER is a Senior Editor acquiring a combination of fiction and nonfiction across the Harper One, HarperVia and Amistad lists.  She’s looking for books that ignite our curiosity, open our eyes and help us live more intentionally. For Harper One, she’s interested in memoir, psychology, sociology, philosophy, nature, wellness and poetry – and especially loves books that mix and match. Her first book for the Harper One list is an essay collection from NPR Pop Culture Happy Hour co-host Aisha Harris on identity and coming of age through 90s tv/film. For HarperVia, she’s seeking excellent multicultural fiction, including translation; and for Amistad, standout works from Black voices.

Previous titles include: Rage Becomes Her by Soraya Chemaly, Unbecoming by Anuradha Bhagwati, Things in Jars by Jess Kidd, House on Endless Waters by Emuna Elon, The Falconer by Dana Czapnik, Sadness is A White Bird by Moriel-Rothman Zecher, Everyone in This Room Will Someday Be Dead by Emily Austin and No Land to Light On by Yara Zgheib.