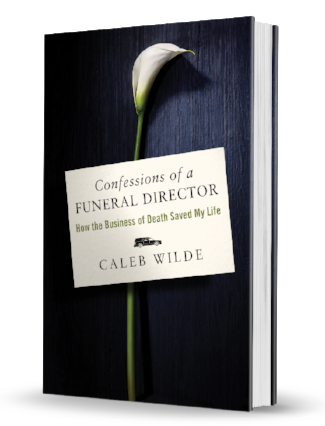 Facebook: Get an intimate look inside the funeral business and a fresh, wise perspective on how embracing death can allow us to more strongly embrace life. Pre-order Caleb Wilde’s Confessions of a Funeral Director at the link below. https://bit.ly/2eRBZfE

Twitter: Get an intimate look inside the business of #death in @CalebWilde's #ConfessionsofaFuneralDirector.
Pre-order here: https://bit.ly/2eRBZfE

Facebook: Confessions of a Funeral Director is the story of one man learning how death illuminates and deepens the meaning of existence—insights that can help us all pursue and cherish full, rich lives. Get your copy today wherever books and e-books are sold. https://bit.ly/2eRBZfE

Twitter: Discover how #death illuminates and deepens the meaning of existence in @CalebWilde’s #ConfessionsofaFuneralDirector. https://bit.ly/2eRBZfE

3) SHARE AN ANNOUNCEMENT TO YOUR EMAIL LIST (AND/OR FEATURE THE BOOK ON YOUR BLOG/WEBSITE). SUGGESTED COPY IS BELOW:

-The family who lovingly dressed their deceased father for his burial

-The funeral that united a conflicted community

Through stories like these, told with equal parts humor and poignancy, Wilde offers an intimate look into the business and a new perspective on living and dying.

“[Wilde] is an Internet icon redefining a staid profession and opening up conversations about life’s ultimate concerns.”
—THE WASHINGTON POST

“I never thought of a funeral home as sacred space, but I do now. And I’m glad for it.”
—PETER ENNS, author of The Bible Tells Me So and The Sin of Certainty

“Wilde not only helps us rethink our fears and misgivings about death and dying, he empowers us to embrace the end of life fully alive. Confessions of a Funeral Director will make you laugh, cry, cringe, and it might just change everything you believe to be true about death.”
—MATTHEW PAUL TURNER, author of Churched and When God Made You 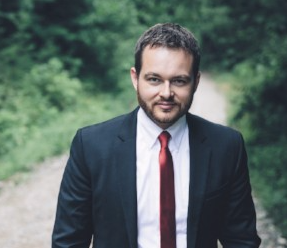 CALEB WILDE is a partner at his family’s business, Wilde Funeral Home, in Parkesburg, Pennsylvania. He writes the popular blog Confessions of a Funeral Director and recently completed postgraduate work at Winchester University, England, in the program, “Death, Religion and Culture.” He has been featured in top media outlets, including The Huffington Post, The Atlantic, and TIME magazine, and on NPR, NBC, and ABC’s 20/20.