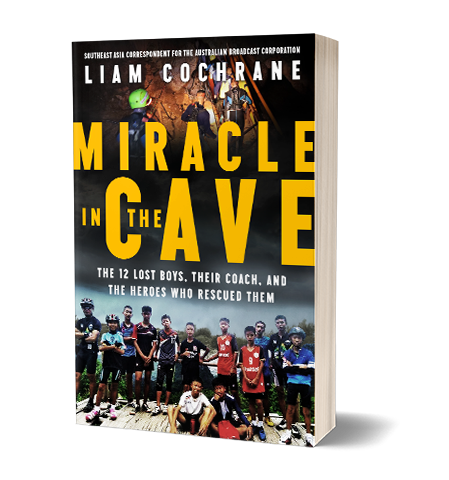 For ten days twelve young soccer players and their coach were confined in the dark by rising waters in a labyrinthine cave in Northern Thailand. With no food or drinking water their survival seemed unlikely. Yet against the odds, a team of determined divers traversed monsoon floodwaters and narrow passageways to find Coach Ek and his young players alive and hopeful.

Reporter Liam Cochrane spent more than two weeks on the scene and was stationed outside of the cave entrance in daily contact with divers and other key members of the rescue team. Featuring never-before-reported details and exclusive interviews with the boys, their families, and rescue workers, Miracle in the Cave shares the inspiring true story of one of the greatest rescues of all time.